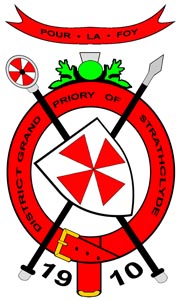 The District Grand Prior, R E Fra Robert Stewart recently presented a cheque for £500 to Greenburn School, East Kilbride on behalf of St John, Cambuslang Preceptory as their nominated charity. Head Teacher, Helen Nicol, was very appreciative of the donation and gave permission for the photo of some of the children receiving the cheque to be placed on the website. Our thanks to the class teacher, Lesley Milgrew, for acting as photographer. Lesley is supported in class by Karen Glen and Jennifer McLaren.

Robert is pictured to our right of the children and he was accompanied by John McAlpine, District Constable. 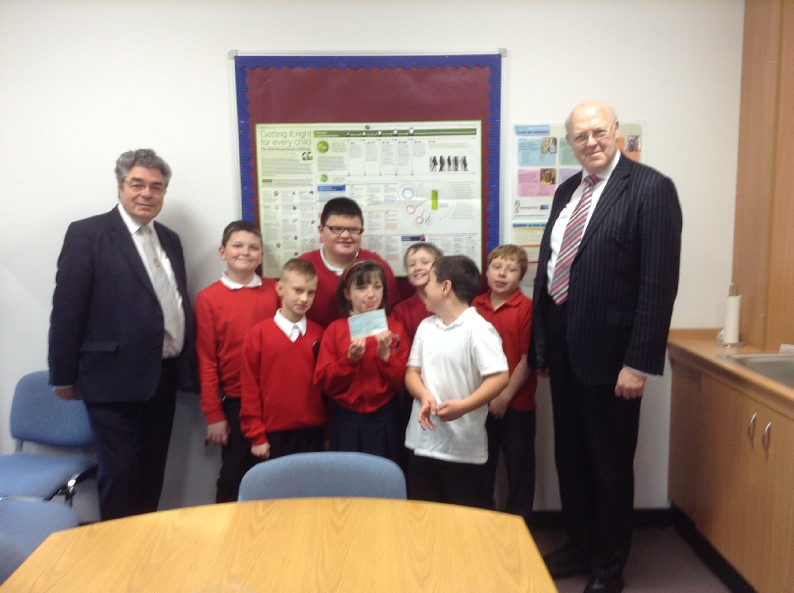 The District Grand Prior has presented a cheque in the sum of £500 to Hazelwood School on behalf of the Preceptory of the Temple in Glasgow as their nominated charity.

On the day of the visit the pupils were having their Halloween Party, the front row of five are the pupils who won the best costume competition judged by Ven. Fra Terry.

On receiving our donation Esther, said it is was gratefully received and it will be faithfully applied.

Where have we heard that before? 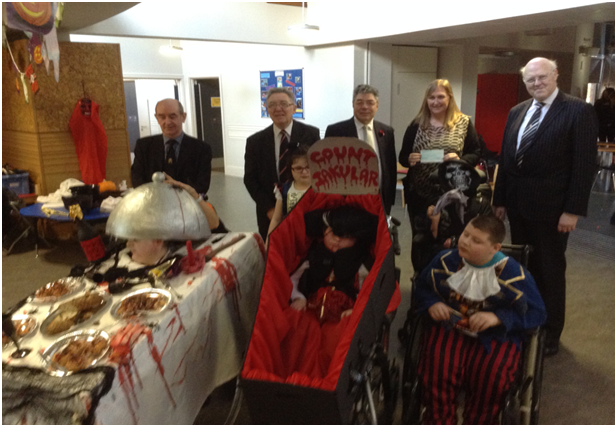 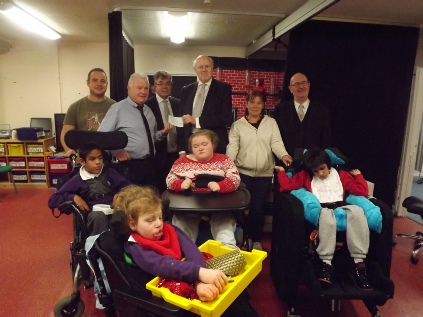 As a further part of the on-going charity in the community initiative by the District of Strathclyde, The District Grand Prior, R E Fra Robert Stewart recently presented a cheque in the sum of £500 to Mavisbank Special Needs School in Airdrie.

PRESENTATION TO THE BOYS’ BRIGADE 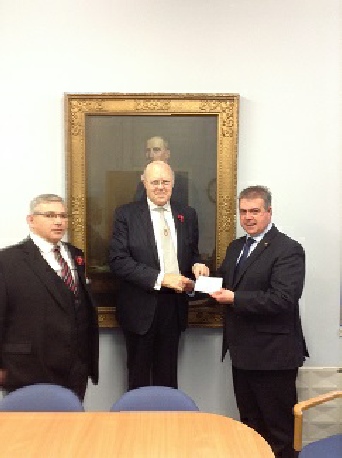 As part of the on-going charity in the community initiative by the District of Strathclyde, The District Grand Prior, R E Fra Robert Stewart recently presented a cheque in the sum of £250 to the Glasgow Battalion of the Boys’ Brigade.

Pictured are Robert Sawers (Preceptor of St Mungo’s Preceptory), Robert Stewart (District Grand Prior) and Mr James McVean, the secretary of the battalion.

PRESENTATION TO THE MALLARD 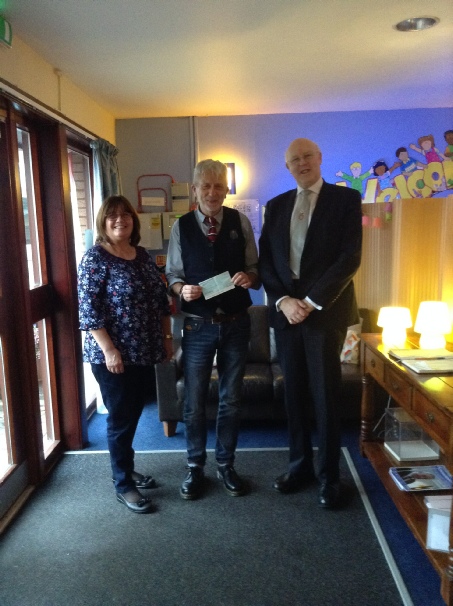 The District Grand Prior is pictured with Mary Nelson and Sandy Russell at the Mallard in Springburn, Glasgow when he presented them with a cheque for £250. The Mallard was nominated by St Mungo Preceptory.

The Mallard provides a range of services to children and young people with disabilities including those with learning disabilities, physical disabilities, sensory impairments and communication difficulties.  They offer care and support to young people that will encourage them to reach their maximum potential and work towards agreed outcomes. Both day and residential services are offered.

On behalf of Rising Star Preceptory, the District Grand Prior, Robert Stewart recently made a presentation of £500 to Planet Earth, an after-school club for primaries 1, 2 and 3 at Forth Primary School. 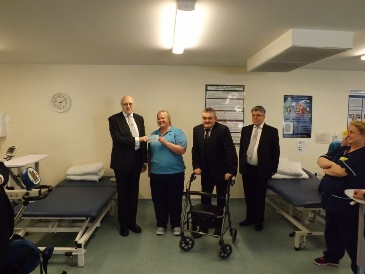 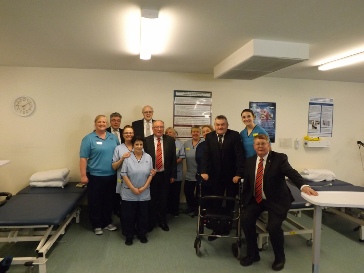 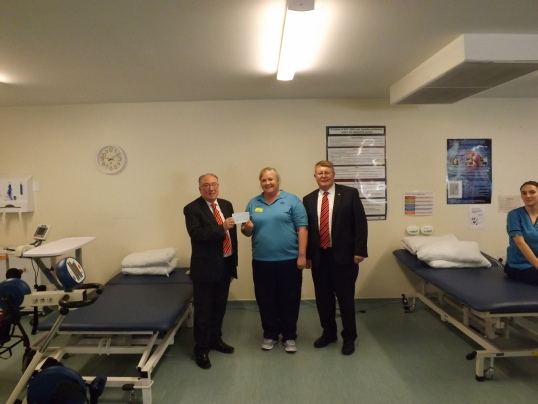 Prompted by awareness of the Unit that orchestrated the remarkable recovery from almost total paralysis of Brother John Monteith, the District Committee decided to contribute to the Physical Disabled Rehabilitation Unit (PDRU) that continues to work wonders - with very little in the way of resources.  Having decided on a donation of £1000, the District Grand Prior was greatly touched when the Grand Master agreed that Great Priory would “match fund” the sum contributed by District, enabling a (very much appreciated) boost to be given to the Unit.  The photographs show Robert Stewart and John McAlpine with John Monteith donating the District cheque to Karen Scott, Head Physiotherapist within the PDRU; our Most Eminent and Reverend Grand Master, James Hodge, together with his Grand Constable, David Park, donating the Great Priory cheque; finally, there is a photograph of the whole staff, together with the representatives of Great Priory and Strathclyde District.  The occasion highlights the real difference that charitable giving from all Fratres can make in the wider world.